Share All sharing options for: SBNation Mock Draft, Round 2: The Cannon Selects...

In the first round of SBNation's mock draft, we took Filip Forsberg with the #2 overall selection, but the killjoys in the main office wouldn't let us use LA's 30th overall pick just to mess with the guys over at Jewels From The Crown.

The good news is that when pick #31 rolled around, the guy all five of The Cannon's scouting staff wanted was sitting there, ripe for the plucking.

With the 31st selection in the 2012 SBNation Mock Entry Draft, The Cannon is proud to select... 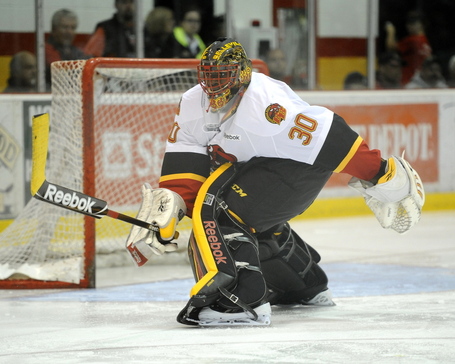 (Photo courtesy of the OHL)

The consensus top goaltending prospect in the 2012 draft class, Subban would be a huge injection of talent into Columbus' goalie pipeline - something the club desperately needs. Aggressive in challenging shooters, his confidence is obvious when you see him play, and his willingness to make use of positioning and pull pucks into himself is quite impressive for a goaltender so early in his career.

Of course, the fun part about this mock draft is that we weren't done yet...

Much like the real Blue Jackets, we got an additional pick at #45.

To be honest, a lot of the "sexy" picks were off the table at that point, but following some spirited discussion at the draft table, we figured out a good fit. 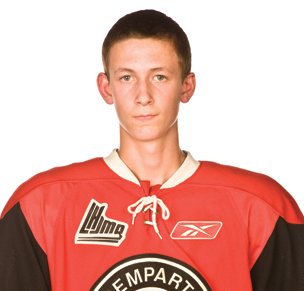 (Photo courtesy of the QMJHL)

I live in Halifax, NS and was able to see a lot of Culkin during the regular season and in the Halifax/Quebec playoff series. He's definitely a guy that falls under the radar, but is steady and carries far less risk than some of the other available QMJHL defensemen. Dillon Fournier is a known quantity because of his QMJHL draft status (first overall), and his flash with the puck, so many have him as the top Q defender available, but the fact that he's pint-sized and can't play defense are knocks against him.

We were thinking D with this pick, after taking Forsberg and Subban. Culkin, Fournier, Matheson and James Melindy in Moncton were options, we went with the safer pick.

Will these be the actual picks for the Jackets on Saturday? Hard to say, but both are worth keeping an eye on this weekend. I promise that if Howson can actually grab Subban on Saturday morning, I will do a touchdown dance from the media pen. He's a potential franchise netminder in a few years.