OK, so it's not a terribly big "digest" when it's only two games, but bear with me.

Something interesting from the game against the Ducks: With the exception of Aaron Johnson's slapper, every goal was scored within 15' of the goal. That speaks well of the Jackets driving to the net to put pressure on Hiller, but not so much about protecting Steve Mason in that game. What's surprising is that, at least early in the game, they seemed to make the same mistakes against St. Louis. Learn by doing, boys...

This was the Corey Perry show, and the rest of us were just bit characters. The performance by Dorsett, especially when shifted with Brassard and Umberger, is interesting. Few resulted in goals, but I would argue they were some of the more effective shifts for the team offensively. 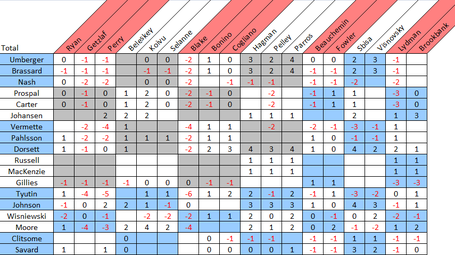 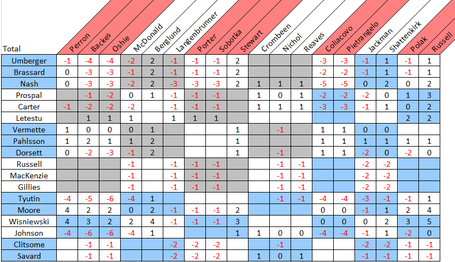 Matching "power for power" with the top line pretty clearly did not work. Let's hope the coaching staff adjusts vs. Chicago, or it could be a long afternoon.