Scoring Chances are honestly probably going back to the weekly digest format, as it's a little easier on my reduced writing time, but since it's a lazy Sunday here, I'm taking advantage.

As I mentioned last night, the Jackets let the Wild carry the play in the third period, but I give them credit - the chances for Minnesota in the third period were lower than I expected when I really looked at where shots were allowed from. 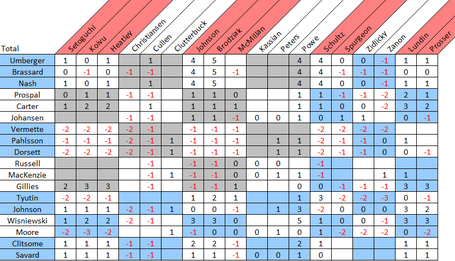