The bad part about back to back games is trying to squeeze these in - especially with my new gig requiring a lot of travel. But fortunately it's a nice lazy Saturday, so let's see what the chances looked like in Todd Richard's first home win, eh?

It's interesting to see Savard and Aaron Johnson's numbers. All things considered I think this HAS to be a case of line matching and protected starts, but the raw firepower is still pretty impressive. 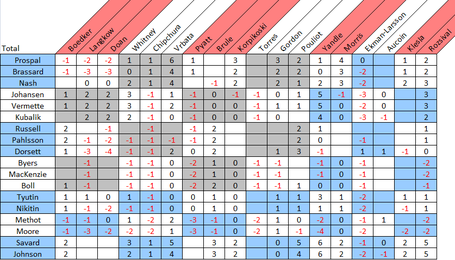