Looking at the scoring chances from last night, this was a game the Jackets really did dominate for 40 minutes - and I'd even argue they had a decent third period, but the problem came down to the defensive play of the top line.

While Rick Nash, Jeff Carter, and Ryan Johansen all had scoring opportunities, Dale Hunter started throwing the Ovechkin line out as much as possible against them in the third period and they did not do a good job matching up vs. the Capitals firepower, nor did they handle themselves that well against the Jason Chimera / Brooks Laich / Troy Brouwer line.

Our top line was on the ice for 2/3 of Washington's scoring chances last night. There's your game right there. 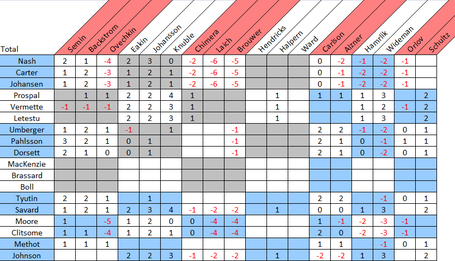