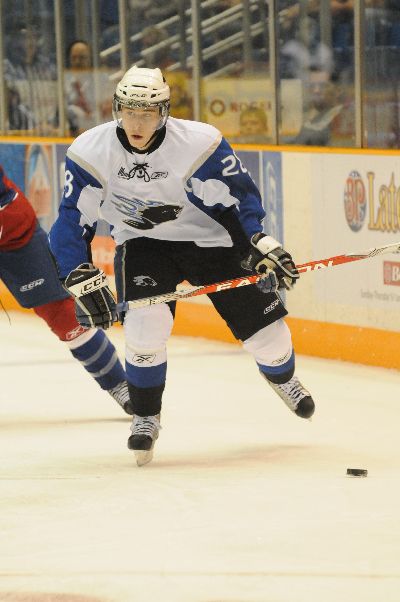 According to Central Scouting, Beaulieu improved from a midterm rank of 9th to 5th. This was based on a terrific season Nathan is having for his Saint John Sea Dogs of the QMJHL. The Sea Dogs are currently in the league finals against the Gatineau Olympiques, with the series knotted at one win apiece. His 12 goals and 33 assists for 45 points led the Saint John blueliners. His +44 is a Sea Dogs defense record. That bests the previous mark of +43, also held by Beaulieu. A bit of a Blue Jackets connection: Nathan's father, Jacques, is the assistant coach of the OHL's London Knights. NHL.com reports that Beaulieu "grew up around the London Knights franchise watching NHLers Corey Perry and Rick Nash." Maybe a "small world" story if Beaulieu ends up a Jackets draft choice!

"He'll be an offensive-defenseman … he's a good skater, good puck-mover. He has a good shot and is very poised with the puck. He's a veteran who has a lot of responsibilities for Saint John."

Here at The Cannon we are quickly rounding out what our Top 10 might look like come June. With the Jackets drafting at #8, we may be seeing the future of Columbus hockey in any of this group of young men. Beaulieu is another fleet skating defender. Adept at moving the puck from his zone, his numbers consistently reflect his gifted ability.