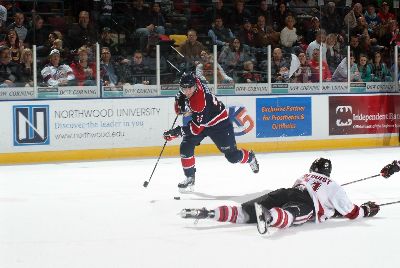 Brandon Saad of the Saginaw Spirit of the OHL promises to be one of the more highly touted American born skaters at the upcoming NHL Entry Draft this June. Saad placed fifth on the Spirit in regular season scoring and third during his team's playoff run (3-9-12 in 12 games). According to Central Scouting, Saad's ranking dropped from eighth at the midterm, to 19th in the final compilation.

"Brandon has very good speed and agility and that makes him dangerous, he’s solid on his skates and fights through checks very well. He plays a solid two-way game and is very responsible defensively."

Saad is another in a crop of big, strong and agile players. His size affords him the ability to be both a playmaker as well as the guy who can finish a play. According to some reports, he has the potential to be a 30-35 goal scorer. Speed, size and the ability to put the puck in the net: Always welcome at Nationwide!