The NHL trade deadline is fast approaching. These few weeks in February are when teams must decide if they have what it takes to make a push for the playoffs, or cut their losses and build for the future. Some teams have already committed to the latter-like the Toronto Maple Leafs- who in the past few days have dealt Francois Beauchemin and Kris Versteeg for prospects and picks. There are a handful of other teams which are seemingly out of contention, namely the Edmonton Oilers, New York Islanders, Colorado Avalanche, New Jersey Devils and Ottawa Senators. These teams have players to offer, and in most cases could desperately use the draft picks or young talent that contending teams could offer in return.

As it stands today the Jackets are in 12th place in the Western Conference, but only five points behind eighth-place Calgary, with three games in hand over the Flames. To further add to the optimism, the Jackets are only seven points out of fourth in the West.

Over the next two weeks, The Cannon will take a look at various aspects to do with the trade deadline.The topics will vary, but today I am going to take a look at some possible ways to improve the blueline, an area of the team which could certianly use some improvement.

Defensemen are one of the more difficult assets to acquire. Especially d-men who have the ability to put up points. Unfortunately that is exactly what Columbus needs. I have decided to target eight NHL defensemen for the Jackets, each brings something unique to the table, and some are more realistic than others. Let's check them out: 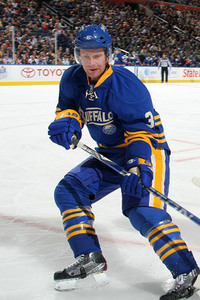 Of the eight players I see as potential Blue Jacket deadline acquisitions, Leopold currently has the most goals. He is having an outstanding year offensively for the Sabres, and has veteran experience. While only about a third of his points come via the powerplay, it shows that he has something to offer five-on-five. He is more than a specialist. Trading for him could be difficult, however. He is 30 years old and still has two more years after this season on his current contract. His cap hit for that span is 3 million per season. The Jackets would need to send some sslary back to Buffalo, and seeing as how both Buffalo and Columbus are budget teams, rather than cap teams, this could prove to be difficult. That being said, I'm thinking fair value for Leopold would be Anton Stralman and a second round pick. Stralman can step in to their lineup right away, but the Sabres wouldn't be on the hook for him past this season. 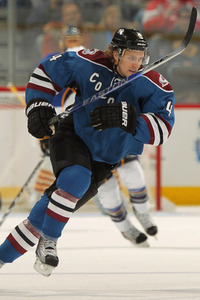 Liles is an interesting player. While it's obvious that he can supply offense, there is a feeling in the air that a change of scenery is best for him. He is the target of some criticism, largely due to his contract. His cap hit is 4.2 million per year, and he is signed another year after this season. He's also a bit undersized, but the fact that just under half of his points are of the powerplay variety makes him a potential fit with the Jackets. I could see a package involving Kris Russell offered to Colorado, but the Avs would have to take some salary back. 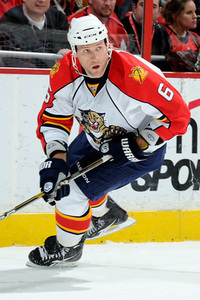 Wideman got a bit of a raw deal when he was with the Boston Bruins. He had a fantastic year two seasons ago, but last year he seemed to regress and became a common target of the Boston fans. This year in Florida, he is putting up decent numbers, and has produced with the man advantage. Like Liles, he doesn't come cheap. He is signed for one more year after this one, at a cap hit of just under four million. The issue from a Jackets perspective though, is that his contract was back-loaded. In terms of actual dollars he is being paid four million this season, and it goes up to 4.5 million next year. Due to his salary, he could come fairly inexpensively in a deal. A second or third round pick should get it done, considering Florida gets cap relief. The Cats would also likely have to take Anton Stralman for the balance of this season. 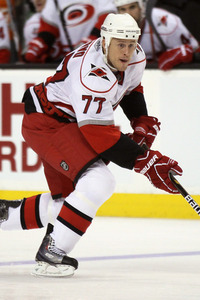 Corvo is one of those guys who's name always pops up this time of year. He's a trade deadline veteran, and once again he could be on the move. Given his overall production, veteran experience, and ability to produce on the powerplay, his 2.25 million cap hit is perfectly reasonable. He has one more year on his deal after this season, and the Jackets could put together a package of Kris Russell, a mid round pick and perhaps a prospect like Theo Ruth. 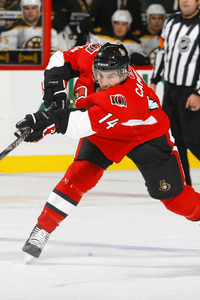 Campoli isn't the sexy choice in all of this, but he seems like a player that GM Scott Howson would target. He has shown flashes of offense, but wasn't given much time on the powerplay in Ottawa this year. He has an expiring contract-he will be a restricted free agent at seasons end. The Jackets could probably acquire him for a mid-level prospect, or a 3rd to 5th round pick. 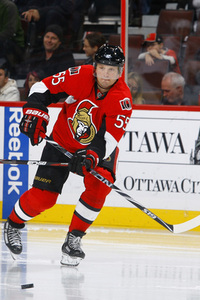 Gonchar may be a stretch, especially for the Jackets. With Ottawa seemingly primed for a rebuild, you know they will be crossing their fingers, hoping a team will take Gonchar's 5.5 million cap hit (for two more seasons after this one) off their hands. He is also 36 years old, making him almost 40 when his deal is done. However, he has shown that he can be lethal on the powerplay and has cup experience. 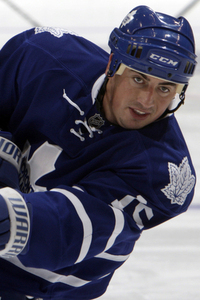 Like Gonchar, Kaberle is a stretch. Unlike Gonchar, it isn't because of his contract status. Kaberle has a no-trade clause in his current deal, and it's believed that if he were to be traded he has a very short list of teams, all in the East. You never know though, if Columbus could package together something of interest to Toronto (it would certainly involve the Jackets first rounder), and Brian Burke can get Kaberle to agree to go to Columbus for at least the rest of the season (he is a UFA at season's end) then it could happen. 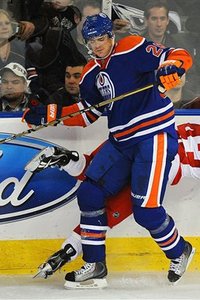 Foster is the epitome of hired gun. He has a great slapper, and can run a powerplay. The problem is, he doesn't offer a heck of a lot more than that, making him a specialist. Edmonton is of course, mid-rebuild. A veteran like Foster could land them a mid round pick or a prospect that will help in that respect. From a Columbus standpoint, they can easily afford his 1.8 million per year salary and cap hit this year and next, but is he the right option for the Jackets?

The Jackets aren't in a position to overpay for blueline help, at least not in terms of a trade. They have some cap space, and Scott Howson is on record saying that if he approaches ownership with something solid, they will boost the budget. It doesn't make sense for the Jackets to go after guys like Kaberle and Gonchar. While they are still great players, the cost of players/prospects/picks may be too much, not to mention the budget room needed for Gonchar. Wideman is a bit overpaid given his production, and Foster may be too much of a specialist to make sense for the Jackets.

If the Jackets could snag one of Leopold, Liles, Corvo or Campoli for the right price, the Jackets will be better off. Anton Stralman is likely out the door at the deadline regardless in my opinion, and Kris Russell may also be involved in bringing in one of those guys. I'd rather keep Russell however, and have the defense look something like this:

Another thought- Jan Hejda is a UFA at the end of the season, he could be moved to a team like Ottawa who needs warm bodies to finish the year, let's hypothetically say that both Campoli and Leopold/Corvo/Liles is acquired:

John Moore and David Savard could potentially be on the roster as well, when the rosters expand for the playoffs. The Jackets will also be trying very hard to unload Mike Commodore's contract at the deadline. If they are unable to, he will stay in the AHL and more than likely be bought-out at season's end.

This is all speculation on my part, and done to stir up conversation.What are some of the ways you think Columbus can improve their blueline at the trade deadline?