Trying to catch up on scoring chances from the back to back games, so I'm going to give you a double feature bonus today!

As you'll see, the problem in Chicago was less about scoring chances and more about goaltending: Chicago got it, and we didn't. 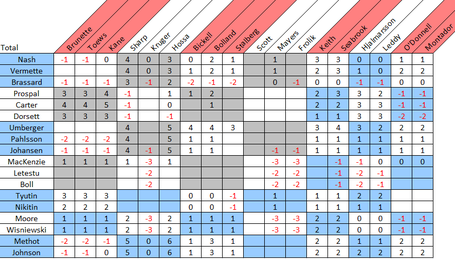 I don't think it's a stretch to say that for all but one player on the roster, this was their best outing against Chicago in a long time. Unfortunately, that one player was Steve Mason, and it made all the difference.

The good news is that the Jackets continued to limit opponents' chances. The bad news is that Calgary basically played "keep-away" for most of the night, and it paid off in spades. 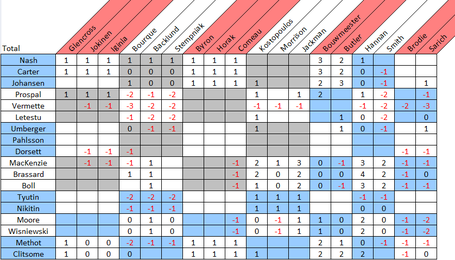 Though it's been almost impossible to predict what Scott Arniel will do with his lines, I think there's good evidence that the Nash / Carter/ Johansen line and the Wiz/Moore pair are working. I hope we get to see them for a few more games, at least.