If you thought that all things considered, last night's game was pretty even, the scoring chances really bear that out. Both teams had good areas and bad, and the big difference is that Tampa Bay capitalized on their best two scoring chances, while the Jackets didn't.

To my pleased surprise, our best players were, in fact, our best players. Tampa could reasonably say the same thing. Last night was more a failure of the secondary efforts for the Jackets than a particular breakdown or lapse.

Give the team credit - they gave Tampa very little to work with. This was probably one of their stronger defensive games all year - it simply didn't pay off. 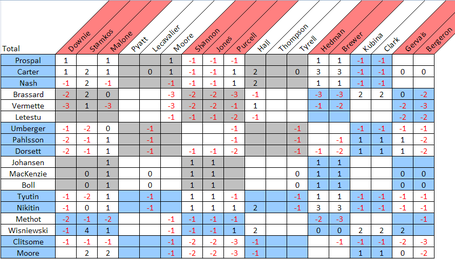