Going into last night, Steve Mason had the 38th worst GAA and SV% in the NHL...and Roberto Luongo wasn't much better, sitting at 31st.

So, of course, we got an electrifying goaltending duel!

But it's not all wine and roses - Steve Mason was damned good, but if he hadn't been so sharp, the Canucks easily could have walked away with this game.

I don't think the Jackets gave up in the second and third periods so much as the Canucks simply raised their game (and the penalty trouble certainly didn't help).

Mason had to make some very difficult stops, and he rose to the challenge. He should be proud of his performance. 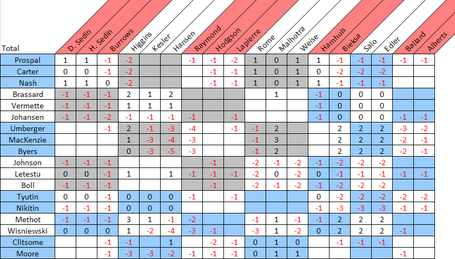