Normally I try to say something fun or put things in perspective even in a loss. This doesn't really warrant that, nor does it warrant naming a "best" or "worst" player at forward or D. Not after getting the doors blown off like this.

About all I can say is the third period, taken by itself, looks like it would have been a pretty good game. The first two periods, not so much. So last night the Jackets were basically competitive after the Flyers gave their top two lines the rest of the night off.

I apologize for the slightly broken table formatting. When I tried to run the game as a whole, the scoring chances database tool broke due to the sheer number of Philly scoring chances in the first period, and I had to run it separately. I wish I was kidding, but it does have a certain horrible truth to it. 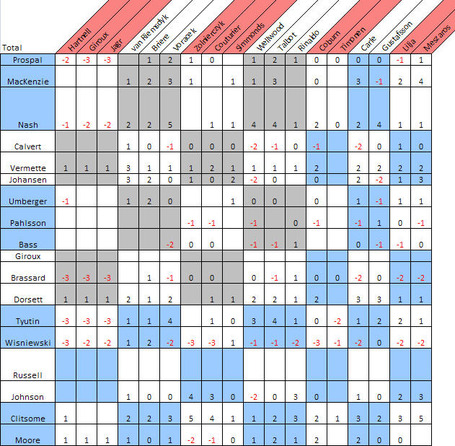