Last but certainly not least, we take a look at the Blue Jackets' goaltending situation - from the newly slimmed down Steve Mason to the newest draft picks to find their way into the system. I'll also give you some thoughts on the all new coaching staff, a bit of the front office, and last but not least, just how we think this coming season may go down for the boys in the Union Blue.

If you're just seeing this today, please check out the first two parts of the series! Enjoy!

Mathieu Corbeil: Fast for a big guy, great potential! Awesome at denying space and filling the net at camp. Hope Halifax puts a better team in front of you.

Mathieu Garon: You did well when Mason struggled, but you had some pretty bad moments, too. UFA next yr - If you struggle, could be on the outs.

David LeNeveu: Stunningly good in NCAA, but couldn't find your game in the Pros. Will time in Europe be the difference? Push Wesslau - he'll push you back.

Steve Mason: You had a terrible year, but you looked to be getting back on track after Olympic break. Better D will help, but team rises, falls w/ you.

Martin Ouellette: A surprise pick, you had moments in prospect camp, but also some clear struggles. You need to work on speed, position. Work hard at UMaine!

Gustaf Wesslau: You've been a champion in Europe. Big, steady, skilled. If you find success in AHL and Mason/Garon struggle, you could make a fast jump up.

Allen York: At one point you were the future - now you seem like a distant memory. Will you leave RPI as a contender, or continue to fade away? 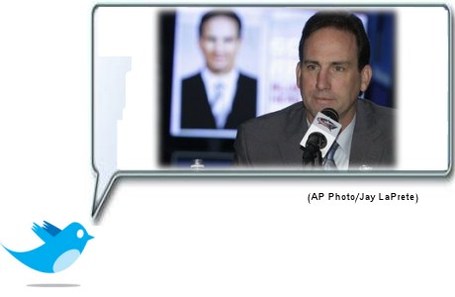 Scott Arniel: Not the first man for the job, but many hope you're the right man. Talking the talk, but can you produce results? Optimistic, but...

Brad Berry: You helped make N. Daktoa a powerhouse, and shaped Manitoba into a contender with Arniel. Good bet you can make our D shine in new system.

Bob Boughner: You took Windsor from the basement to the penthouse. Can you help Columbus move on up? Or will you learn what you wish and move on?

Kevin Collins: Can you get the conditioning monkey off the team's back? Your methods at prospect camp, off-season work looked promising.

Dan Hinote: You surprised a lot of people by going behind the bench. Can you help bridge the gap between players, coaches?

Scott Howson: Despite heat for Johansen, good draft this year. A lot of eyebrows raised at so few moves this offseason. Your team - for better or worse.

Mike Priest: Progress on arena issues? Get this done, silence the fears of losing the team - be a guy in the background, let team do the rest!

Dave Rook: You know what's going on in Mason's head, but we need you to get the best out of ALL the goalies. Can you spread the love?

Tyler Wright: Running triathalon may end up being a vacation if the team struggles with Arniel's system. Need you to help the younger guys step up.

Just to round things out, here's where we're placing our bets for this season!

Mike: Took a step back last season, but Arniel and co. are primed to get CBJ back to playoffs. Mase needs to return to form, and kids must produce.

Matt: So many "Ifs", but if Arniel can bring out the best in this team, expect to fight for the playoffs. Filatov, Brass, Mason will be keys.

I hope you all enjoyed these as a nice twist to get your brain ready for hockey! We'll see you at Training Camp, and on the way to Europe to open the season! Go Jackets!