Sweden Prep: Who are the Malmo Redhawks?

Share All sharing options for: Sweden Prep: Who are the Malmo Redhawks?

As we get ready to start training camp and prepare for the regular season, many CBJ fans are finalizing their plans to travel to Europe to watch the team kick off the season in Malmo, Sweden, or making plans on how they'll call in sick to work in time to make it to their favorite hockey watching destinations by 3pm on a Friday.

However, in addition to their matches against San Jose, there is one team that the CBJ will be playing as part of their pre-season that most NHL fans could use a scouting report on:

Who are the Malmo Redhawks? For that matter, where the heck is Malmo? Well, let's see if I can help with that...

Malmo itself is on the very southern tip of Sweden in the province of Scania. 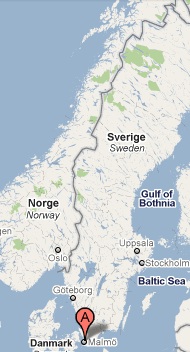 Located right across a bridge from Copenhagen, Denmark, it's a city of just under 300,000 people in a 129 square mile area. In local terms, it's a bit under half the population of Columbus, but they're in about 2/3 of the space.

It's a city that was founded in the late 13th century as a shipbuilding port, and from what I can find, it seems that shipbuilding and construction continue to be the biggest businesses there. They've enjoyed booms and suffered several recessions based on the success or failure of those industries and the Swedish economy, with the latest rise and fall taking place in the mid-90's when some of the larger concrete factories were closed. Basically, that means that Malmo is the Swedish equivalent of Pittsburgh.

I'll pause to let that sink in.

Since that last down period, Malmo has become a more cosmopolitan city, with a large immigrant population, many of them from the Middle East, Eastern Europe, and Denmark. I get the impression that Danes living in Malmo are probably very similar to people who live in Cincinnati but work in Covington, or Vice Versa. They're also still the main port for automobile carriers entering or leaving the country, so I'm pretty sure that means this is where your Volvo comes from.

The city sports one of the larger universities in Sweden, the Malmo Hogskola, lots of diverse architecture, beaches, and aside from the hockey club, the big sports draw in town is the Malmo FF soccer club. But if you're flying over in October, soccer isn't why you're going. 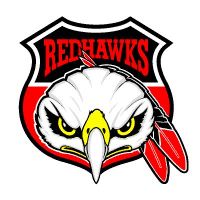 The Malmo Redhawks were founded in 1972, about three years before the current Swedish Elite Leauge (elitserien) took shape. Originally an amateur club tied into the Malmo FF soccer & sport club, they decided to branch off and go pro. The Redhawks reached the Elitserien in the 80s, won league championships in '92 and '94, but then began to suffer a slow decline in talent until they were relegated into the HockeyAllsvenskan in 2005 - basically being demoted from the NHL to the AHL in our terms. They were able to briefly return to the SEL in 2007, but couldn't maintain their ranking, returning to the Allsvenskan.

Last season, despite what was supposed to be a promising youth movement, they missed the playoffs despite going 31-16-5 in 52 games. From what I can gather, the general hope is that the team is making another step forward this year, but nobody seems to expect them to challenge for a spot back in the SEL right now.

Despite the recent struggles, Malmo is a club with a proud history, and while they aren't an NHL factory at the level of Modo, they can lay claim to several current and former NHL players who came up in their system, including Kim Johnsson, Andreas Lilja, Peter Lindmark,  Mats Naslund, Peter Andersson, and Tomas Sandstrom. They also draw surprisingly well at the gate, selling out several games a year, and their average attendance of 5,592 is the best of all "Second Tier" clubs in Europe according to the IIHF.

In a local connection, 2009 draft pick Anton Blomqvist is part of the Malmo system, and I would expect to see him appear in the game wearing his hometown colors.

(Those colors? Black, red, and white. Most pictures I've found feature a black jersey with the Redhawks crest and red and white accents.)

To continue the Pittsburgh analogy, Malmo Arena is basically their Consol Energy Center.  Built in 2007, Malmo Arena (also known as Hyllie Arena) replaced the Malmo Isstadion (built in 1970) I believe it is one of the reasons that Malmo was offered the chance to host the Blue Jackets - it's one of the newest arenas in Sweden, and also one of the largest - it's 13,000 seat capacity for hockey is second only to The Globe in Stockholm (which seats just under 14,000) where the Sharks and Jackets will play their premiere games.

In addition to serving as Malmo's home rink, it also hosts the Malmo Handball team, which I didn't realize was actually an organized sport, and apparently it's been selected as the home of the 2011 World Handball Championships. Malmo has also been considered as a possible site for IIHF world championship games when Sweden next hosts the tournament, so this may also be something of a 'trial run' for that event.

According to Malmo's team website, the rink will be configured as a IIHF regulation size rink for their match with the Blue Jackets, so that means the team will be playing on a wider ice surface than NHL standard. It should be interesting to see how the team uses Coach Arniel's new system with the additional room to play.

From what I can tell, if you're going to the game, expect doors to open about an hour early unless you've made a pre-game dinner reservation at the arena's built in restaurant, in which case you can get in up to two hours ahead with proof of your reservation.

I can't say anything bad about Malmo, really - it seems generally like a nice city with a beautiful new rink, and a team that reminds me a bit of the CBJ - a lot of hard struggles over the last few years, but working to rebuild from within. It's a great story, and I wish them luck...except on October 5th.