Share All sharing options for: Your 2010 Blue Jackets Draft Class

Yesterday saw the completion of the 2010 NHL Entry Draft in Los Angeles, with the Jackets making eight selections. Of those eight, three were forwards, three were defenders, and the remaining two were goaltenders.

It's of course too early to assign a grade to this draft, but in my opinion the Jackets did well to fill organizational holes and continue to build depth.

After the jump we'll take a look at the eight newest Blue Jackets: 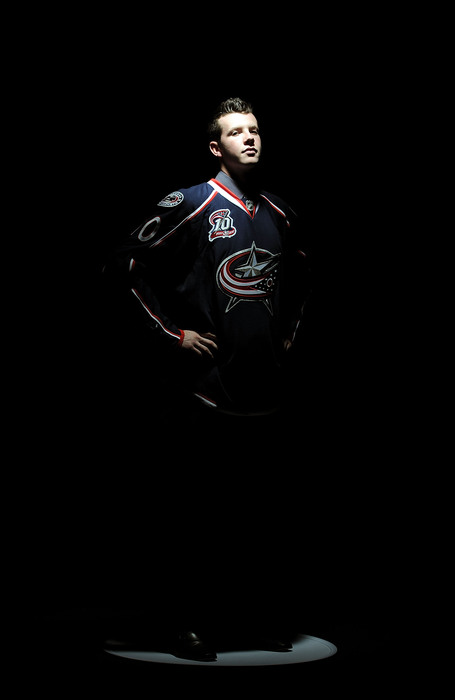 Mike's Take:
A fantastic pick by Howson and the scouts. There is an obvious dearth of quality centers in the organization, and Johansen was the second highest ranked behind Tyler Seguin. He has the frame to develop into a solid number one center. With Derick Brassard not developing as fast as it had been hoped, Johansen may now be the future pivot that gets the chance to work with Rick Nash.

NHL.com Scouting Report
"He has good on-ice vision and also angles well on the forecheck. He has the intelligence to play power-play as well as penalty kill. He can be shifty and has the ability to beat a defenseman one-on-one. Once he fills out and gains more strength he could turn raw talent into a valuable center at both ends of rink. He has displayed nice playmaking capabilities and this should continue at the next level." 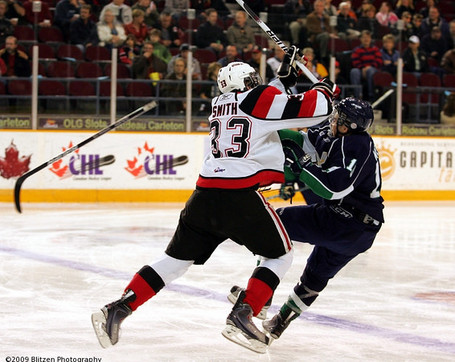 Mike's Take:
Smith was a surprise pick, but I love what he brings to the table. He's a junkyard dog of a player, doing the dirty work so his linemates can work their magic offensively. Smith is no slouch with the puck on his own stick however, putting up 21 goals and 44 points last season. I envision he and Matt Calvert patrolling the wings of a Columbus checking line in the future.

NHL.com Scouting Report
"Everything about him is work. His skill set is good … he was on the second line (in Ottawa) a lot of times with (Tyler) Toffoli. He got some power-play/penalty-kill time. He was a big chunk of that team that helped them get into the second round (of the playoffs)." 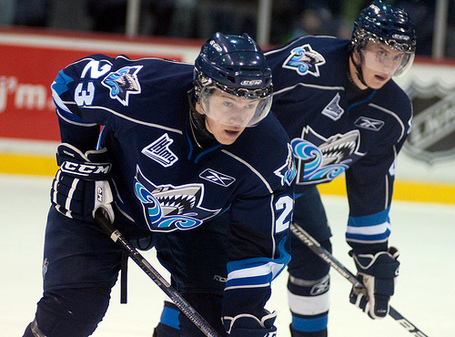 Mike's Take:
I really like this pick. Straka is a very talented offensive forward, who was the highest-scoring rookie in the QMJHL last season. He also won the rookie of the year award in the Q. I don't want to call him Filatov insurance, because that's not fair to Straka, but if Filatov is traded or doesn't come back to Columbus, Straka instantly becomes the top prospect winger in the organization. I salivate at the thought of he and Voracek playing on a line together.

NHL.com Scouting Report
"Good skills with high-end potential. He's over here (playing for) Rimouski from the Czech Republic. His adjustment is ongoing. Good playmaking ability – he reminds me of Pavel Dmitra or Martin Erat." 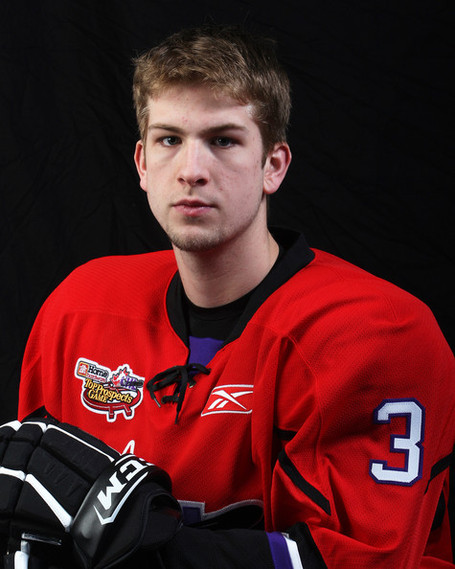 Mike's Take:
Archibald slipped a bit based on his Central Scouting ranking, but the Jackets were glad to scoop him up in the fourth round. He's a two-way guy, with obvious size. He's another great blueliner to add to the group of Moore, Goloubef, Weber, Savard and Ruth. He could be a bottom pairing guy in the NHL.

NHL.com Scouting Report
"He skates well and has very good mobility. He is solid on his skates and plays with toughness in front." 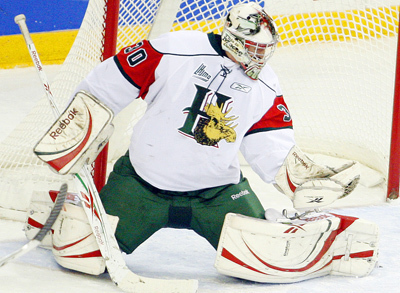 Mike's Take:
Of course I am in love with this pick. I'm a Halifax native and a huge fan of the Mooseheads. Corbeil has the rare blend of size and athleticism that will lead him to the NHL. I can see him as Mason's backup in a few years.

NHL.com Scouting Report
"I was so impressed with Corbeil's quickness for a big goalie. When you see him you won't believe how quick he is for a big guy (6’6", 186 lbs). Very controlled and soft pads, no big rebounds. Corbeil has an excellent feel for the game. He's very good at controlling his rebounds."

NHL.com Article HERE
"At 6-foot-6 and 186 pounds, Corbeil-Theriault is the biggest goalie in the 2010 Entry Draft. Scouts like his size as well as his improved coordination and positioning from previous seasons. He's No. 7 on Central Scouting's final list of North American goalies for this year's selection extravaganza, June 25-26 in Los Angeles.

"He has a great upside. To be his size and be able to move as well as he does is rare," Jensen said. "The first time I saw him, I noticed how quick he is for his size. I like how strong he is going from point to point." 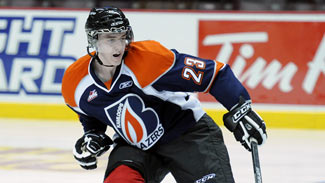 Mike's Take:
This is another pick that I am a fan of. Like Archibald, Madaisky dropped a bit and the Jackets were waiting to snag him. He is more of a puck mover than anything else, which is necessary to crack and NHL roster. If nothing else, Madaisky helps add to the overall depth on defense in the organization.

NHL.com Scouting Report
"He moves the puck smartly and I like his size. He's not overly physical, but he uses his body well in positioning in his own zone. He plays the power play regularly and has an offensive creative side. His skating and mobility is good. Not flashy, but gets the job done. I like the way he thinks and he shows underrated potential." 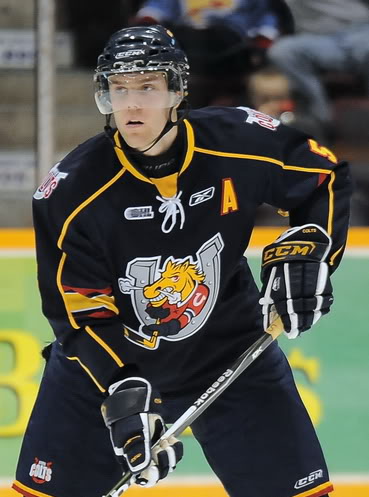 Mike's Take:
An overage pick who was passed over in last year's draft, Prout may be a late blooming defensive enforcer. He's the kind of guy you want on your team and he also showed this past season that he has the ability to move the puck. Long term, I see him as nothing more than depth.

bluejackets.com Article:
"In the sixth round, Columbus used the 154th overall pick to select defenseman Dalton Prout. The LaSalle, Ontario native recorded 7-14-21, 121 penalty minutes and was +26 in 63 games with Barrie (OHL) as he tied for second among club defensemen in goals and third in points." 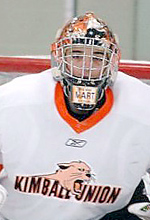 Mike's Take:
I don't know about this one. Obviously the scouts like him, and I suppose he adds to the goaltending depth, but the pick just seems like a stretch. He's going to college next year, so he'll have plenty of time to develop.

"Martin Ouellette, who is ranked 13th among North American goaltenders by NHL's Central Scouting for this June's NHL draft, has verbally committed to attend the University of Maine for next fall.

The only goalies ranked ahead of him in the draft are nine Major Junior goalies, U.S.-Under 18 goalie Jack Campbell, Thief River Falls High School’s (Minn.) Zane Gothberg and Sam Brittain who plays for Canmore in the Alberta Junior Hockey League."