Continuing on with our look at potential offseason moves, I will look at a handful of trade scenarios which could bring in help at forward. The biggest thing holding back the Jackets aren't the top line forwards- in fact they were the team's strength last year. There were five 50 point scorers for the first time in franchise history (Nash, Vermette, Huselius, Umberger and Voracek). Umberger and Vermette had career years in terms of points, and both Voracek and Brassard increased their point totals from the year before.

As issue however are the point totals of the players in the bottom six: here is their line:

That's only 25 goals and 68 points from the bottom six. I understand that scoring isn't a top priority for these players, as three of them are typically lined up against the other team's top line. You never expect much from a fourth line, but 11 goals just doesn't do it from the group of Murray, Boll and Blunden. Look at Chicago's checking line for example, which consists of Dave Bolland, Kris Versteeg and Andrew Ladd:

Their line has shut down some of the best forwards in the NHL, meanwhile putting up 33 goals and 98 points. I see two ways of fixing this issue, the first being to trade for a high-scoring forward which would allow Umberger to slide down to play with Pahlsson and Clark. This would add offense to the bottom six, and just add to the success that the scoring lines had last year. The other line of thinking is to go after a guy who can slide right in on the checking line, good for some decent offense and who plays a physical game. Here are some options with both scenarios in mind: 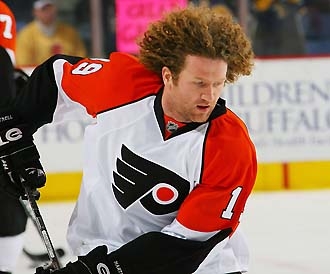 Hartnell seems like the perfect guy to slide right in on the third line. He put up 14-30-44 in the regular season, and plays with serious snarl. He is a very physical player who could help anchor the checking line and keep opposition forwards in-check.

Trade Proposal: Hartnell to Columbus for Rostislav Klesla, and 2010 2nd Round Pick

Result: The Jackets take on approximately 1.3mil in salary for the next three years, but his added scoring and ability to check will be huge for Columbus. Philly gets a bruising defenseman in Rusty, and one of Columbus' two second rounders. 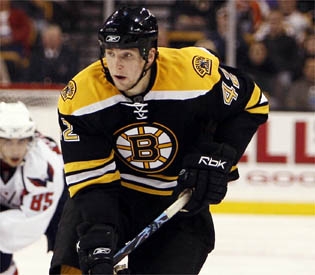 We looked at Wheeler earlier as an RFA option, but there is a scenario whereby his rights could be traded for. Wheeler is coming off a disappointing season with Boston where he dropped his point totals from the year before from 45 to 38, but is still capable of bringing offense and can play a checking role.

Trade proposal: Wheeler to the Jackets for Tom Sestito and a 2010 2nd Round Pick

Result: The Jackets get a big body who can score and check, and the B's add a hulking prospect who down the road can wreak havoc along with Milan Lucic. Notice a theme with the second rounder? Given that the Jackets have two, it is a valuable and expendable asset. 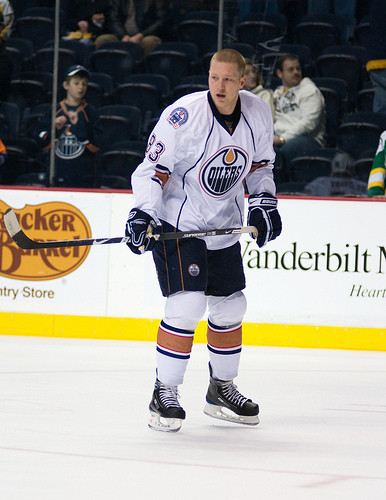 Hemsky would fit into the scenario which sees Umby slide down to the third line. Hemsky is a high-scoring forward who is an excellent playmaker. He would add instant offense to the top line playing with Vermette and Nash.

Trade Proposal: Hemsky to the Jackets for Kristian Huselius, Matt Calvert and a 2010 2nd Round Pick

Result: The general consensus when trading for high-end players is that their value in a trade is player/prospect/pick. The player in this case is Juice, with the prospect being highly-regarded winger Matt Calvert and gasp! the 2010 2nd Rounder. The Jackets get an instant upgrade over Juice, but the hope here is that Nikita Filatov returns to Columbus. The Oilers fill the void with Juice, and add a top prospect in Western Canadian boy Calvert. The Jackets actually save about 650k in the deal, before taking into account Calvert's entry-level deal. With that in mind, the deal is almost a wash financially. 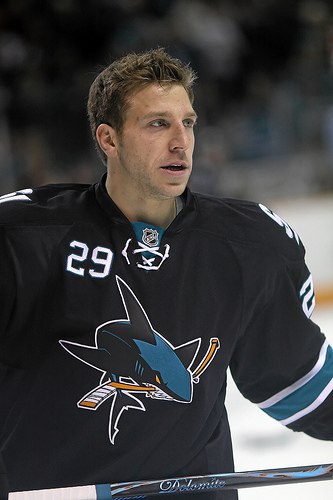 Clowe takes us back to the idea of acquiring a player to slide right in beside Sammy and Clarkie. He put up 19/38/57 last season and is a relative bargain at 3.625mil for the next three seasons.

Trade proposal: Clowe to Columbus for Methot and Nikita Filatov

Result: Methot would be a nice fit on the San Jose blueline, he's young, inexpensive but can play a solid shutdown game, and he's good for a handful of goals. Filatov is the key here, if the Sharks believe he will come over he would add a ton of offense playing beside guys like Thornton or Pavelski. 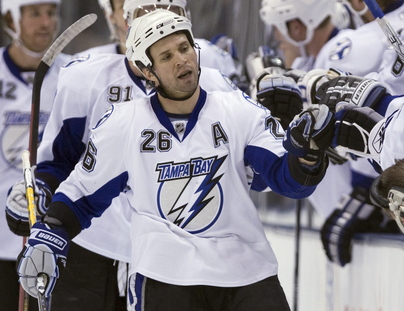 Marty St. Louis may be one of the first players traded under the new Stevie Y regime. Yzerman will be looking to shake up his team, and dealing one of his biggest assets will go a long way to re-stocking the cupboard.

Trade Proposal: St.Louis and a 2010 2nd Rounder  to Columbus for Huselius, Cody Goloubef and a 2010 1st Rounder

Result: The Jackets give up a lot here, a scoring forward, top defense prospect and the fourth overall pick. St. Louis would instantly be one of the best wingers in Columbus history, and the addition of another second rounder would help offset losing the high first.