Matt and Andrew have already looked at RFA and UFA options for the offseason, and I am going to play the armchair GM game and come up with some ideas for trades, specifically looking at the blueline. This is the avenue that GM Scott Howson will likely use while rebuilding the blueline this summer. Of course this is all speculation, but the bottom line is the blueline needs to be addressed. Trade proposals are difficult things, some people may agree while others will think I am way off. Let me know in the comments! Here are some options: 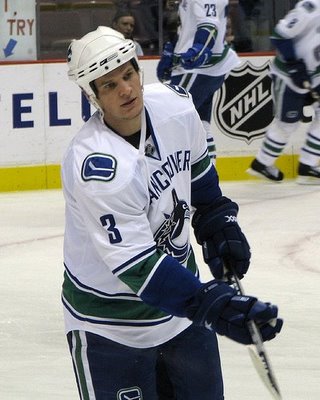 Bieksa is a rugged blueliner, who has one year left on his contract with the Canucks. He brings a physical edge, and has the ability to score a handful of points. He will never be relied on for offense, however. His bread and butter is clearing the crease and playing on a shutdown pair, or covering an offensive wingman. He's got Ohio ties as he is a graduate of Bowling Green University.

Result: The Jackets add 3.75 in salary for the year, but have two second round picks and depth in the defensive pipeline to make it work. Bieksa brings a two-way element to the blueline. 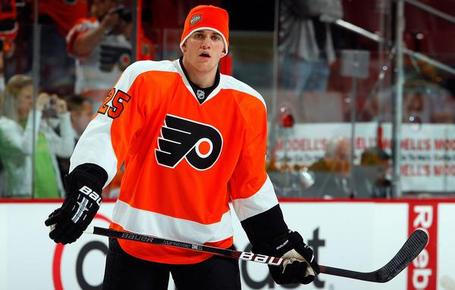 Carle would be a great compliment to Kris Russel on the powerplay. He is more of an offensive type, but his numbers aren't as high as they could be. I believe in Columbus he would have the chance to showcase his talents  and help take some of the point-producing load off of the shoulders of Tyutin and Russ. He has two years left on his contract.

Result: Commodore would make a great Flyer. I believe they would be one of the few teams that would take on his current salary of 3.75 mil. The Flyers as they are currently built have an assortment of high-character, physical players- Commie would fit right in. The Flyers take on an extra year and about 310,000 per year, while the Jackets shed that same amount but have to give up a third rounder in 2011 to sweeten the pot. Carle would inject offense into the back end and would help in the transition department. 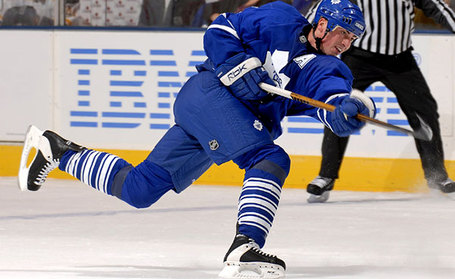 Ah, Kaberle. Former Leafs GM John Ferguson built a trade window into Kaberle's no-trade clause, and I firmly believe that current GM Brian Burke will shop the offensive-minded blueliner when this happens at the draft. Without a doubt he will be looking for a first round pick to replace the one he traded to Boston. It's unlikely that Howson would trade the fourth overall pick, but there may be something he could offer Toronto for Kaberle's services...

Result: The Jackets get an all-star caliber blueliner, something they have never had before. The Leafs also gave up their 2011 first rounder to Boston in the Kessel trade, so acquiring Columbus' would help offset that. Ruth is a solid defence prospect, and to me fits the mold of a Brian Burke player. Ditto for Methot, who really came on at the end of last season and would certainly help the Toronto bluleline corps. His 1.012 mil cap hit will also eat up part of the 4.25 that is owed to Kaberle for one more year. 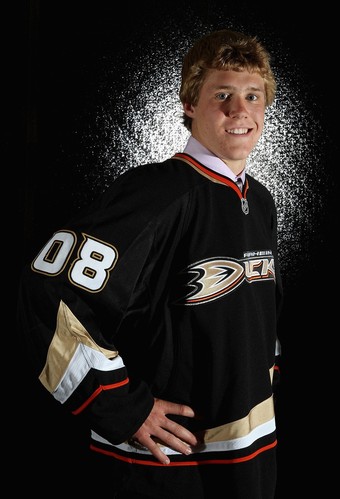 This move might not have the sparkle of a Tomas Kaberle trade, but it makes sense long term. Gardiner is a blueliner currently playing with the Wisconsin Badgers and was a teammate of CBJ prospect Cody Goloubef. Gardiner is a two-way defenseman who was a first rounder in 2008. The Ducks could use some scoring and I'm thinking a package deal of prospects may work.

Result: The Ducks take on some salary, but they are potentially losing Scott Niedermayer to retirement and an inexpensive defenseman like Methot could fit right in. Sestito adds something to the future for Anaheim, and Columbus gets another highly-rated defenseman who can shore up the blueline in the near future. Granted, this move does nothing to help the team now, but the long term gains are worth it. (not to mention the Jackets shed a little of a million in salary) 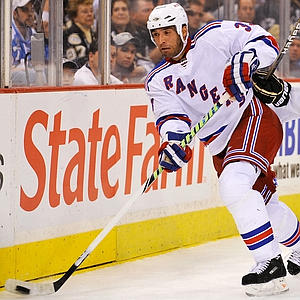 This one may be way in left field, but on paper the Jackets would be getting a veteran offensive defenseman and an up-and-coming player of the same ilk. Roszival's cap hit is a whopping 5mil for the next two seasons, and Sanguinetti is still on his entry level contract.

Result: The Jackets gets a major upgrade in offense from the blueline, and the Rangers get some added scoring. Methot and Juice's cap hit will make Rozsival's a wash. Filatov is the wild card- would the Rangers be willing to trade defense to Columbus for another enigmatic Russian?