Vermette Close to an Extension?

Share All sharing options for: Vermette Close to an Extension? 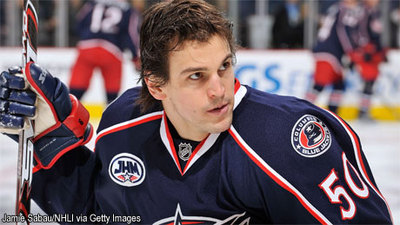 As reported by Aaron Portzline and Tom Reed of the Dispatch:

The Blue Jackets are close to re-signing center Antoine Vermette, the Dispatch has learned. The two sides are believed to be talking about a multi-year contract. The Jackets have signed Derick Brassard and Derek Dorsett in the past two weeks and locked up Rick Nash earlier in the summer.

This would cap off a very successful summer for the Jackets. Along with signing Pahlsson and Garon as UFAs, Howson is doing a fantastic job of locking up the core of the team. Huselius, Nash, Brassard, Umberger, Pahlsson, Dorsett and soon Vermette are all locked up long term, with Nikita Filatov and Jakub Voracek still on the entry-level deals. If the Jackets are going to win in the near future, it will be with this team.

Can't wait to hear the terms of the contract.