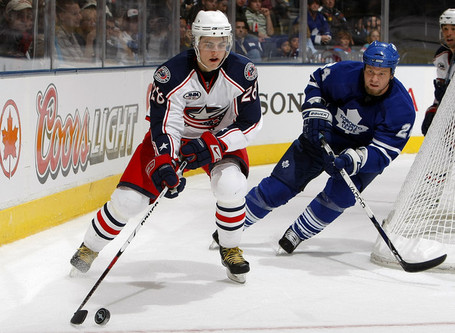 Here's a quick idea of the Jackets all-prospect team. The players that qualify have all either played less than one full season, or have not played in the NHL at all. Not a bad squad, but the need for centers in the organization is obvious. The strength is certainly the blueline, something that GM Scott Howson and the scouting staff have actively worked on the past few seasons.