Game One: Jackets vs Wild Preview

Share All sharing options for: Game One: Jackets vs Wild Preview 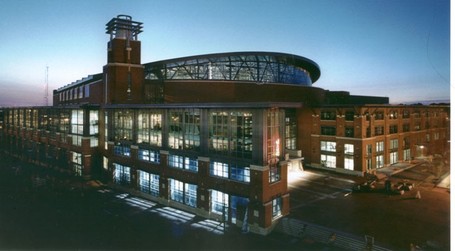 The 2009/2010 NHL season kicks off for the Jackets tonight, as they take on Minnesota in Nationwide Arena. The Jackets are coming off their most successful season and will look to get off to a fast start against a revamped Minnesota team.

Here are the projected lines for tonight's game:

You'll notice that Mike Commodore is out of the lineup- he is on the IR until Sunday at the earliest with a slight groin pull. Mathieu Roy was recalled from Syracuse and will pair up with Russell on the bottom pairing.

This is a statement game for Jason Chimera. He has been involved in trade rumors, has been cast aside by many fans as being "not good enough" and was boarded by Wild forward Eric Belanger in the preseason. I expect him to come out flying, a goal by Chimmer wouldn't be out of the question.

I am so excited to see if the second line can develop quickly and stay together. There is so much talent there, and it could prove to be the best set of secondary scoring the Jackets have ever had. Umberger adds grit and scoring to the third line, I wonder how his move off of a scoring line will affect his game?

Here, and in the future, the game preview posts can act as Game Threads, use the comments to fire back and forth while the game is on the go!