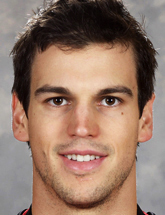 After years of Jackets fans lusting over Antoine Vermette, he has finally arrived in Columbus. This morning, Scott Howson made the first trade of the day when he sent Pascal Leclaire and a 2nd round pick to the Ottawa Senators for Antoine Vermette.
First, a quick look at what is heading out of Columbus.
Pascal Leclaire, the first round pick from 2001 who last year looked like our franchise goaltender. He was signed to a 3-year extension and all looked to be well. But yet again, he was struck by injuries, which opened the way for Steve Mason. Mase has been outstanding all year. The Calder Trophy for best rookie is his to lose at this point in the season. When we learned Leclaire would be done for the year, the question for Scott Howson was simple: do we hang on to Leclaire and run the risk of having a high-priced back-up to Steve Mason? Or do we trade him and strengthen our depth up front?
Considering a pretty comparable goalie in Cristobal Huet, who was in the midst of a solid season last year, was traded to Washington for a 2nd round pick during the 2008 trade deadline, the return of Vermette for Leclaire seems pretty tremendous.
The 2nd round pick was minimal to give up, especially considering Ottawa accepted the deal without requiring Pazzy to pass a physical. Columbus still has plenty of picks left to add to the prospect pool at the draft this summer in Montreal.
And on to Antoine... 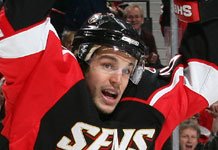 Antoine Vermette is a versatile forward, capable of playing center or wing. The Jackets will most certainly line him up at center on one of the top two lines. He has collected 21, 19, and 24 goals the past 3 seasons with a career-high 54 points last year. He was a key component to the Sens Stanley Cup run when they lost to Anaheim in the finals.
Here's my favorite stat of the day: Antoine was 14-0 in face-offs against Toronto last Saturday. He is 5th best in the NHL in FO%, behind the Blue Jackets own Manny Malhotra. The value of having another player you know can win you critical face-offs is huge, especially in the playoffs where a game of possession could lead to success for the Blue Jackets.
Vermette makes 2.525 million dollars this year, and 3 million next year. His cap hit is 2.763 million and he will be an unrestricted free agent when his contract expires. Vermette is 26 years old, the perfect age for a player the Blue Jackets hope can be a part of their young core for many more years. I wouldn't be surprised to see a contract extension worked on with him shortly after the contract of Rick Nash is taken care of, and be something that is done mid-season.
He will add a lot to our squad. He adds scoring depth and is a fast skater. Vermette is solid on defense and a great penalty killer. Much has been made by analysts today that he is the perfect Hitchcock player. And now Rick Nash isn't the only Blue Jacket to score a goal in the NHL between his legs:
Welcome to Columbus, Antoine. 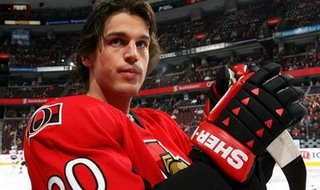 Thoughts? Do you like the Jackets move today? Do you think this is enough to solidify the current 6th place standing?