Share All sharing options for: The Albatross Part Tres 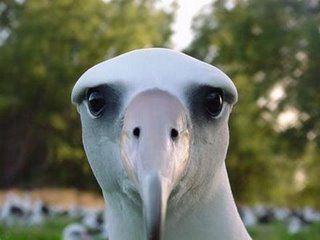 Which teams are in the best shape from a cap perspective moving forward? This is part three of the series. Here are the last batch of 10.

Ottawa
Grade C: They are the new Tampa Lightning. Theyâ•˙ve lost Chara, Redden, and Meszaros because of the cap and you have to feel for them somewhat, however they did make bad choices. They shouldâ•˙ve kept Chara. With a lot of contracts coming off, theyâ•˙ll have a chance to rebuild smartly. The problem will be their 1st rounders in the late 20â•˙s have not netted any prime time prospects.

The Albatross: Mike Fisher is overpaid and playing terrible. 4.2 million for the next 4 years makes the stomach rumble. Alfie will be 36 and make 9.1 million next year. Not a misprint. Heâ•˙ll have a cap hit of 4.4 million when he is 40.

Philadelphia
Grade B: This is another well built team, but they have a mix of good and mediocre contracts. Richards and Carter are signed for pretty good deal. However, Hartnell and Lupul will be overpaid. Gagneâ•˙s injuries make his number harder to swallow.

The Albatross: The Danny Briere signing looked needed last year, but heâ•˙s signed for 6 more years at a hit of 6.5 million a year. This is the biggest hiccup in the Holmgren administration. They may not have foreseen the development of Carter, Richards, and Umberger. Iâ•˙m sure theyâ•˙d love to trade Briereâ•˙s deal for Umbergerâ•˙s deal right now. They will be bumping against the cap, itâ•˙s a good thing they donâ•˙t have any young players that need paid soon. Their situation will make it difficult to improve over the next few years.

Phoenix
Grade A: From a cap perspective they are in great shape, financially they are a mess. This is a team that has dodged most of the bad bullets. All of their commodities are still tradeable. It is a shame of the financial problems, because they are improving to be a top team in the west.

The Albatross: Jovo is their only huge deal that looks kinda bad. Heâ•˙s not worth the 6 million heâ•˙ll get the next two years, but I think there are still plenty of teams who would take him.

Pittsburgh
Grade B: Weâ•˙ll see the next version of the Lightning, and Senators coming soon. Crosby and Malkin are both worth their money, but can a team stay competitive with a top heavy payroll structure. They will soon be losing all those young cheap contracts. IMO trading Staal for a couple great prospects would have made more sense for their future budget. However it is hard to pull the trigger when you are icing a competitive team. Currently they are not in the playoffs, and not scoring, they wonâ•˙t have any room for improvement in the future. The good news is Crosby and Malkin will ALWAYS have trade value if it ever comes to that.

The Albatross: I think Whitney and Fleury are both overpaid, but could probably be moved. We are witnessing the disadvantage of having a load of solid young players, they all want paid at about the same time. Theyâ•˙ll have a harder time developing young players with worse picks. This could be the Jackets in a few years.

San Jose
Grade A: This is a model structure for a consistently top team. The best organizational payroll chart in my opinion. Theyâ•˙ve gotten their best players signed to great deals. They continue to develop young cheap players to accent their superstars. They will continue to be great. This is probably the most well oiled machine right now in the league as far as building a roster.

The Albatross: Cheechoo has proven to be a bust with a one timer, but his deal will be up in 2 years. I feel like they jumped that gun re-upping Vlasic, but only time will tell. 4 years at 3.1 just seems a little early for such a strong team. I wonâ•˙t question their move though, because they have proven to be great at personnel management. Continuing the youngsters pipeline will be the challenge. Resigning Marleau could potentially be interesting.

St. Louis
Grade C: Most of their players are hurt so it is really hard to say. Will Kariya ever earn his money again? Brewer? Their goaltending blows. They are spending 5+ million for AHL quality tenders. They are right up against the cap right now and they are far away from being a contender so there is some bad money management on display.

The Albatross: Next year Brewer, McKee, and Jackman will cost 12 million dollars. Pretty pricey in my opinion for a team far away from being a contender. Most of their contract will expire before they are legit contenders again, for know theyâ•˙ll let their young player develop and continue adding to the farm.

Tampa Bay
Grade C: Coin was tossed around like a toy, but as far as the cap goes they are not in awful shape in the future. About half of their 20 forwards will be off the books next year. I am keeping Vinny for sure, because they will have the flexibility to build around him again in the future and the Southeast sucks. They just need to sit and hold

The Albatross: Ignoring the Vrbata deal; 3.5 million for year years for a 33 year old Vinny Prospal was a bad choice. In fairness, they thought they could contend this year. Who knows how much they are paying Barry Melrose.

Toronto
Grade D: Burkey jumped the boat at the wrong time. The Leafs have a few unmoveable bad contracts. They will look much different after the deadline. They would be better off shipping off Kaberle and Kubina for good young prospects because the Leafs are sitting with pretty dry cabinets and Luke Schenn

The Albatross: Blakeâ•˙s got 3 more years at about 4 million on the worst contract in the league. Hagman at 3 million is overpaid and Iâ•˙m not sure who though Jeff Finger at 3.5 million for 4 years was a good idea. This will be a full scale rebuild. By the time they are competitive Blakeâ•˙s and Fingerâ•˙s contract will probably be done. I would have stayed in Anaheim where he had some serious cash available to improve the team.

Vancouver
Grade A: As far as flexibility goes, they get an A. They only have 10 players signed to about 30 million dollars next year. However their 10 million dollar deal to Sundin signifies they are having a hard time luring UFAs. Itâ•˙s cold up there. This is Burkeyâ•˙s second team, he tends to have a pattern, good contracts and bad cupboards.

The Albatross: Hard to find one here, Salo is pricey at 3.5 million, but there are much worse. It will be interesting to see what this team looks like if they go twinless next year. They will be about 5 players short of a top 6.

Washington
Grade B: They have some flexibility in the future to build around Alex. With their play this year, they should attract some high profile UFAs, however there are some annoying little contracts that seems to just be high priced mediocre players which will halt their progress for a couple years (see Chris Clark).

The Albatross: Michal Nylander and his two more years of 5 million dollars are ugly. Imagine if they could slide a true 5 million dollar center next to Alex. This is a great team in the Southeast, but a mediocre team compared to the league IMO. Continuing to develop good cheap talent will be the challenge to make this team a Cup contender. If they spend wisely they can be good for a very long time.