Moves since July 1st and a look ahead to the Fall

Share All sharing options for: Moves since July 1st and a look ahead to the Fall

I'll quickly break down the moves made by the Jackets since July 1st, when they signed Mike Commodore and traded for Raffi Torres.

I really like this move. At first glance, I was somewhat disappointed in losing Zherdev, but quickly realized that adding Tyutin and Backman will make our team significantly stronger. The backend of the Jackets were a weakness. The team played well defensively last season because of a commitment from all five skaters and the stellar play of Pascal Leclaire, but the transition from the defense to forward was non-existent, which led to few goals being scored. Tyutin and Backman are excellent puck-movers, and the offense that they help create with transition should offset the loss of Zherdev's scoring. Fritsche was a solid energy player, but the addition of Torres makes him expendable. 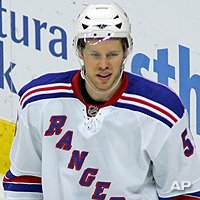 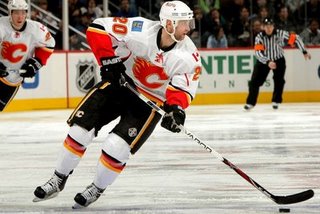 The Jackets added a potent offensive threat to the lineup with the signing of Huselius. He is a playmaking winger, and had 25-41-66 in 81 games played last season. He will likely play on a line with Umberger and Nash, where his ability to create scoring chances should lead to Nash's best offensive season yet.

The Jackets re-sign Mike Peca to a multi-year deal

The Jackets solidified their third line with the signing of Peca, who not only adds tremendous defensive play, but he contributes a legitimate amount of offense, and will serve as a mentor for Nash, who is entering his first full season as the captain of the Blue Jackets. Great move by Scott Howson.

To go along with these three moves, along with the previous signing of Mike Commodore, and the trades to bring in RJ Umberger and Raffi Torres, there are two rookies who the CBJ are looking to for offensive contribution. Derick Brassard will get a chance to anchor the second line, and Jakub Voracek will likely start the season low in the lineup, but could work his way up as far as the second line.

A hypothetical lineup for the Jackets heading into next season could be:


The forwards are essentially set, but there could be some camp surprises. This year's first round pick- Nikita Filatov- could challenge for a spot. More likely, he will start the season either in Sudbury of the OHL, or Syracuse of the AHL. The organization is also very high on tough winger Tom Sestito, a hulking winger who isn't afraid to drop the mitts, but also has a good scoring touch in front of the net. He was also a teammate of Jared Boll two seasons ago with Plymouth of the OHL. Some other forwards that could surprise and earn a spot are power winger Adam Pineault, agitators Stefan Legein or Derek Dorsett, or energy grinder and former first rounder Alex Picard.

The defense will also be an interesting position to watch this fall. The top five of Tyutin, Klesla, Hejda, Commodore and Backman is likely set, with Ole Tollefsen, Aaron Rome, Kris Russell and Marc Methot fighting for the sixth and seventh spots. There are a handful of blueliners who could surprise and earn a spot- summer acquisition Jonathan Sigalet, a two way defender; Clay Wilson, an offensive defenseman who impressed in a short stint with the big club last year; or Andrei Plekhanov, another offensive defender with a rocket shot. He opened up some eyes with an impressive rookie year in Syracuse this past season.