Day One of Free Agency in the Books

Share All sharing options for: Day One of Free Agency in the Books 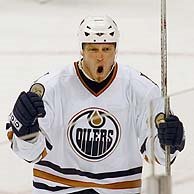 Howson kicks off the day with a trade, sending underachieving former first rounder Gilbert Brule to the Edmonton Oilers for winger Raffi Torres. Torres is essentially the 20 goal, sandpaper winger the Jackets coveted. Ryan Malone was the primary target, but with the Bolts throwing a boatload of cash at him, the Jackets moved to plan B and Torres is an excellent consolation prize. To go along with playing a similar style to Malone, Torres is cheaper- he's owed 2.4 million this season, and 2.75 next year. The Bolts will be paying Malone 4.5 per year for the next 7 years.

4:55PM AST: It's almost dinner time here in Halifax and the Torres trade has been the only move so far for the Jackets. There are some rumors out there- potentially a trade for Pavel Kubina from the Leafs involving at least Dan Fritsche; apparently the Jackets are close to signing Brendan Morrison; and the Jackets have sent a hefty offer to Wade Redden's camp.

7:01PM AST: Not the flashy signing most fans expected, but the Jackets have signed blueliner Mike Commodore to a 5 year, 18.75 million dollar contract. Commodore brings veteran experience and toughness to the team. He will keep opposition forwards in check and he is an absolute warrior come playoff time. Surely that was one of the intangible which made him attractice to a team like the Jackets who are looking to make their first playoff appearance.

11:42PM AST: Well, that just about does it for day one of free agency. The trade for Torres and the signing of Commodore are the only moves made by the Jackets today. I love the Torres trade, but I am not a fan of the Commodore deal. I love what he brings to the game but those dollars at that term is just ridiculous for a third pairing defenseman who has already hit his peak.